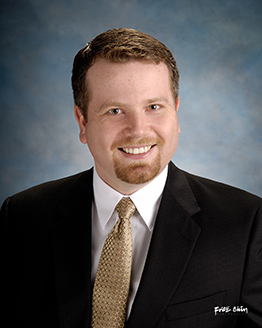 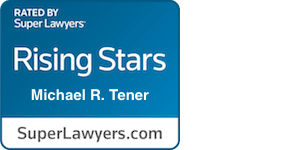 Mr. Tener has served his community as the former editor-in-chief of Across the Bar, the official publication of the San Joaquin County Bar Association, and as chair of its Barristers Section.  He has also provided pro bono advice through SJCBA’s Lawyers in the Library program and has volunteered in local schools as part of the First Impressions program.  He is a graduate of the Greater Stockton Chamber of Commerce’s Leadership Stockton program and a member of the Young Professionals of Lodi as well as the 2022 Leadership Lodi class.

In 2014, the SJCBA honored Mr. Tener with its Outstanding New Lawyer Award, which recognizes attorneys with up to seven years in practice who have a distinguished record of service to the legal profession.

Mr. Tener is a 2007 graduate of the University of California, Davis School of Law (King Hall).  At U.C. Davis he was captain of the 2006-2007 Saul Lefkowitz Moot Court Competition team, was a leader on the Moot Court Board, and was one of only two students serving on the law school’s Admissions Committee.

A proud Cal Bear, he received his undergraduate degree in English from the University of California, Berkeley and has served as president of the Cal Club of San Joaquin, the local chapter of the Cal Alumni Association.  While at U.C. Berkeley, Mr. Tener interned for the United States Department of Commerce in Washington, D.C. through the selective U.C.-D.C. program.

Mr. Tener is admitted to practice before all courts of the State of California and every federal court in the state, including the United States Court of Appeals for the Ninth Circuit.