James T. C. Nuss is a principal of the law firm of Neumiller & Beardslee. Mr. Nuss has practiced law for over 40 years and is a recipient of the AV® Preeminent™ Peer Review Rated designation from Martindale-Hubbell®, which signifies the highest level of peer review excellence. His practice emphasizes commercial contracts, business transactions, trademark, and licensing.  He chairs the Firm’s Technology Committee.

Mr. Nuss is a graduate of the University of Oregon with a B.S. in Political Science.  In 1979 he earned his Juris Doctor 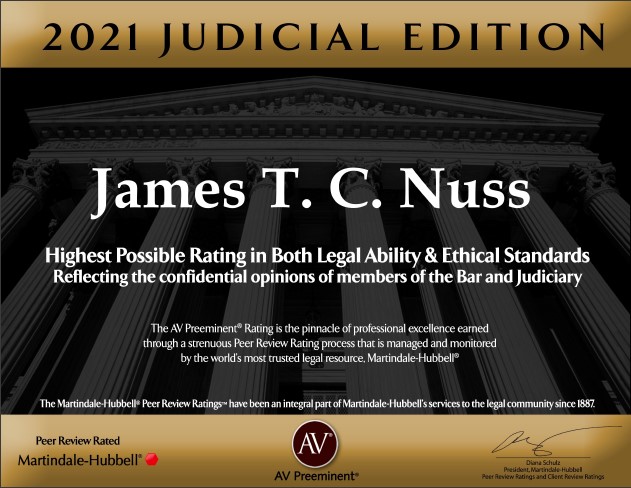 from McGeorge School of Law, University of the Pacific. He is a member of the California State Bar and San Joaquin County Bar Associations. He was admitted to the California Bar in 1979 and is admitted to practice before the U.S. District Court, Eastern and Northern Districts.